Belloc and the War... 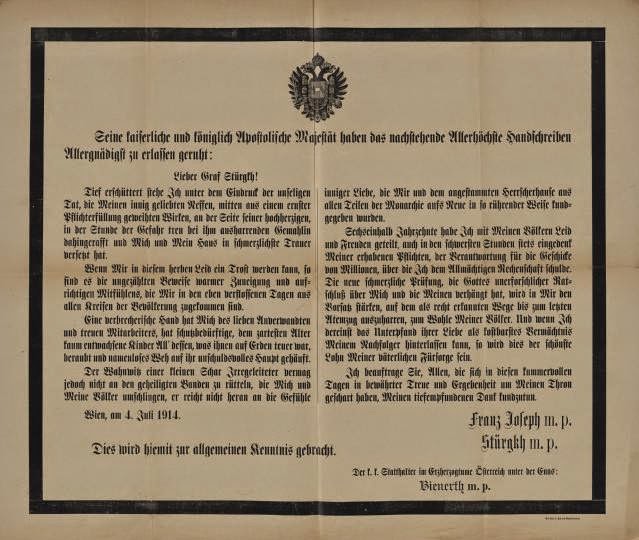 On the 28th of July 1914 His Imperial and Apostolic Majesty Kaiser Franz Joseph (the real German Kaiser, as opposed to the Prussian upstart in Berlin) declared war on the Serbian Nation. The rest is history. This came after the famous ultimatum delivered to the Serbs by the Austrians. Belloc's view, as expressed in The Cruise of the Nona, was that the document was formulated in Berlin as it possessed (as he saw it) the bellicose hallmarks of Prussian arrogance.

Belloc had a lot to say about the First World War, primarily through his own weekly journal Land and Water. It was a rather slanted view of the War and, I suspect, it was State funded. I further suspect that Winston Churchill had a hand in it. He was instrumental in whipping up anti-German hysteria in the run up to the War: notably with reference to the alleged German spy rings which were supposed to be operating in England at the time. Belloc and Churchill got on, for a while, and even bottled wine together! In fact, Churchill was about to put him on his personal staff at the Admiralty (early 1917) when he was dismissed from office.

Aside from that, Land and Water is a bloody good read. I hope to focus on his War writings, in more detail, over the coming weeks.

Posted by Hilaire Belloc at 11:56 No comments:

Two hardy young men are currently following The Path to Rome. Their journey can be followed on their Blog: Hoofprints of the Stag.

The last time I checked they were in Italy heading towards Lucca. I envy them. Belloc wrote of Lucca: 'everything...is good'. It's probably Tuscany's best kept secret, although it was a little bit faded the last time I was there. The walled city has a Roman and Medieval heart with lots of cobbled lanes and cultural treats. In the words of Henry James: "overflowing with everything that makes for ease, for plenty, for beauty, for interest and good example".


Posted by Hilaire Belloc at 13:55 No comments: